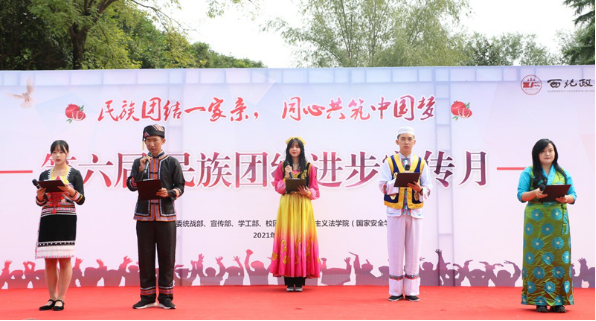 On October 13th, organized by the university’s Publicity Department, Department of Student Affairs and the School of Anti-Terrorism Law, Culture and Art Exhibition of the 6th National Unity and Progress Month was successfully held. More than 300 faculty and students from various nationalities, including Guo Wujun, deputy secretary, heads of various functional departments and teachers participated. 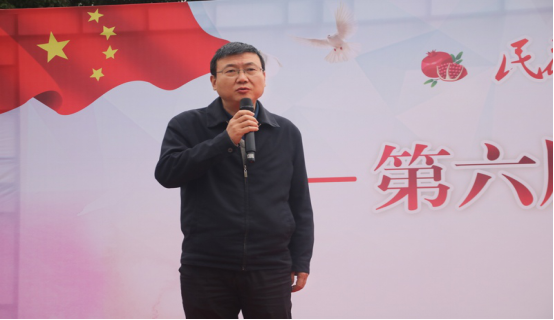 Deputy Secretary Guo Wujun noted in his speech that national unity is a significant issue at present. The splendid traditional Chinese culture was a collection of each nation’s treasure, and every nation represented a major part in Chinese culture. In order to foster students’ virtue through education, we must help students from all ethnic groups in our university to learn and experience both the traditional Chinese culture and every nation’s culture. We will continue to fully implement the CPC’s national policies to write a new chapter for national unity and progress, and initiate a new phase in national unity education. 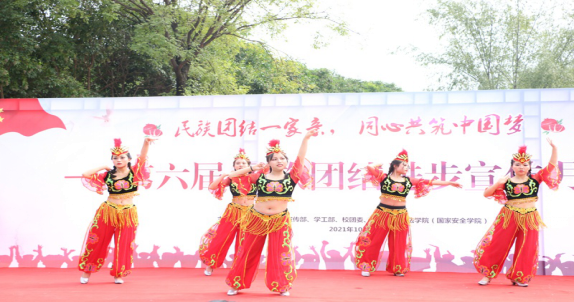 During the exhibition, featured folk songs and dances such as Dance of Tianhu Lake and Hami Girl were performed. The story My Hometown and Me told their love and praise for the hometown; display of the costumes and folk songs showed the unique style; the Peking Opera Si Lang Visiting His Mother and the calligraphy conveyed the charm of Chinese traditional culture; Love My China was sung by all teachers and students waving the national flag, to praise our great motherland.The concept, namely, all nations are united in one family to build up Chinese dream went deep in all teachers and students’ hearts. 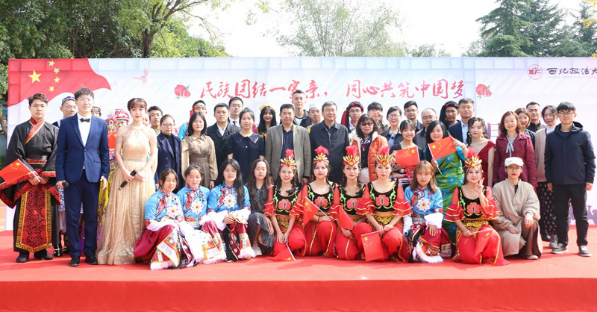