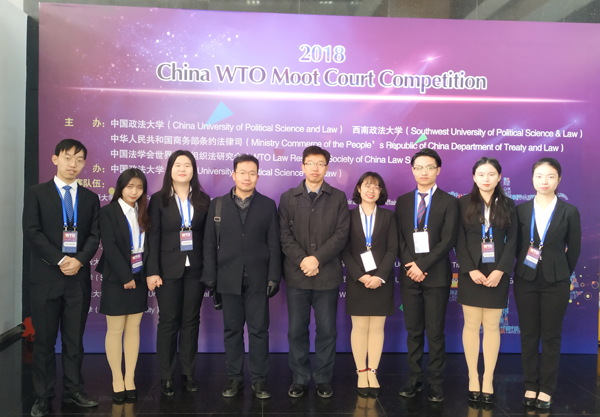 The cases this year, closely related to the current international trade situation, focus on complex WTO legal issues such as the application of GATT 1994 Article 21 security exception, the constituent elements of safeguard measures and their applicable conditions. The delegation is composed of seven students, including Lin Shiting and Yan Jiayao, instructed by assistant professor Ma Haitao from School of International Law. Through careful analyses and studies of the cases, the team has been constantly deepening their understanding and improving the application of WTO dispute settlement mechanism and concrete WTO rules. The delegates exhibited sound professional knowledge and English proficiency in the competition, bring great honor to the university.