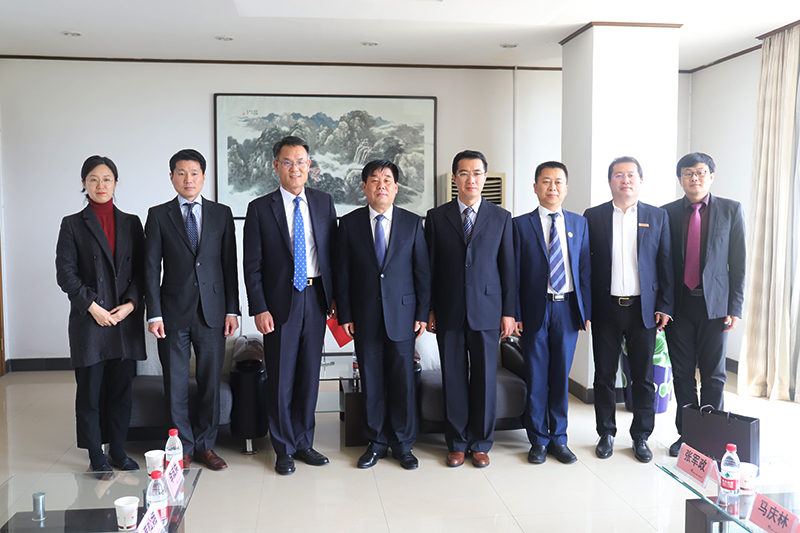 Yang Zongke warmly welcomed the arrival of Kim Byeong-guen and the delegation. He said that Northwest University of Political Science and Law has always attached great importance to cooperate with South Korean institutions of higher education. The university has signed 24 exchanges and cooperation agreements with 17 universities and research institutes such as Seoul University and Koryo University in South Korea, and has held many academic conferences in cooperation with Korean universities. The academic exchanges between the two sides are very close and active. In recent years, more than 200 students from both sides have participated in a one-semester exchange program, which has played an important role in enhancing mutual cultural understanding and broadening international horizons. The university began to recruit undergraduates majoring in Korean in 2014 and will further explore compound talent training mode in law, language and economics in order to meet the higher demand of the society. Northwest University of Political Science and Law is willing to further strengthen cooperation with Korean universities and jointly promote the internationalization of education.

Kim Byeong-guen stated that since the opening of South Korean Consulate in Xi’an in 2007, the exchanges between South Korea and Shaanxi Province have become increasingly frequent. Samsung Group’s largest overseas investment project has settled in Xi’an, with more than 300 Korean-funded enterprises investing in Shaanxi. There is close communication and frequent personnel exchanges. The rich cultural heritage and numerous scientific research institutes and universities in Shaanxi have laid a solid foundation for cultural exchanges and industrial cooperation between the two sides. In June, a conference will be hold for Korean university scholars to discuss with scholars of Northwest University of Political Science and Law the impact of Chinese legal culture on South Korean law. It is hoped that the two sides will further expand the areas and scope of cooperation in academic exchanges and personnel training.