To implement the spirit of General Secretary Xi Jinping’s speech during the inspection at China University of Political Science and Law and the spirit of the national and provincial conferences on education, Northwest University of Political Science and Law established the School of National Security after scientific demonstration, elaborate preparation, and considerable deliberation. The establishment of the school is to serve the national strategic needs to build a high-level new think tank, train eminent national security professionals, and promote the construction of a high-level university with distinctive legal characteristics and coordinated development of multi-disciplines. 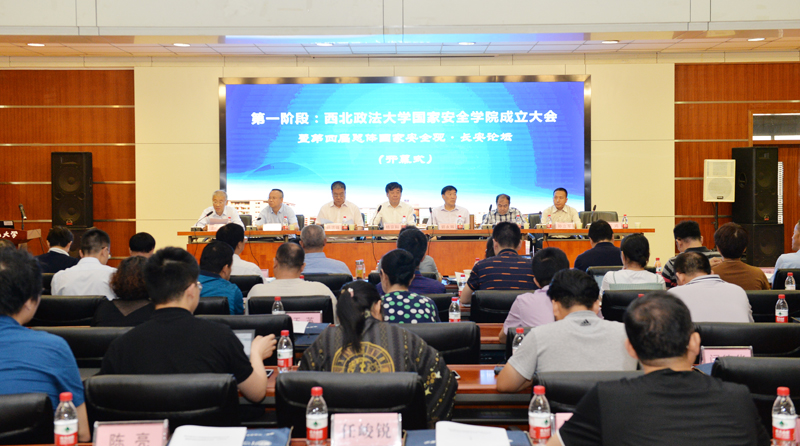 On the morning of June 15, before the opening of the 4th Chang’an Forum on Overall National Security Concept, the establishing ceremony of the School of National Security was held and attended by Sun Lijun from the Research Department of China Law Society, Deputy Secretary Yang Weifeng from Shaanxi Provincial Political and Legal Committee, Visiting Professor Guo Yonghui, President Yang Zongke from Northwest University of Political Science and Law and other experts and scholars. The ceremony was presided over by Vice President Wang Jian. 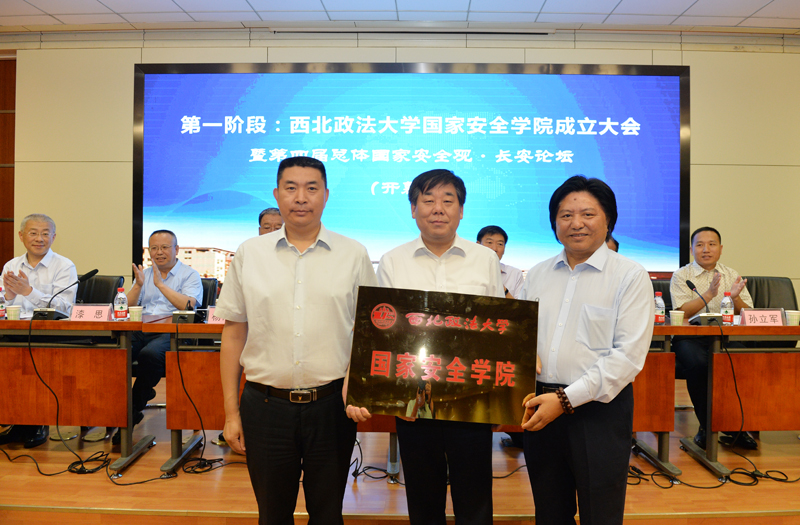 Vice President Qi Si read out the Decision of Northwest University of Political Science and Law on the Establishment of the School of National Security. President Yang Zongke awarded the plate to Dean Mu Xingtian and Party Secretary Li Zhengmin of the newly established school.

Yang Weifeng congratulated the establishment of the school and stated that it conforms to the needs of national security strategy and reflects the sense of calling of the university. Professor Pan Zhiping also offered his felicitations and the advice that the School of National Security should train a group of loyal and reliable national security professionals in a prompt way to meet the realistic demand under the guidance of the rule of law.