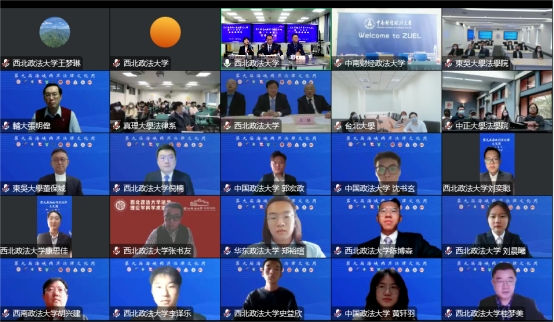 Fan Jiuli noted that through the joint efforts of colleagues, the Cross-Straits Legal Culture Week has served as a bridge to link the fields of legal education and practice and enhance the friendship, and a major window to showcase the progress of the rule of law culture and legal education on both sides. He hoped that communication on this platform can help us strive ahead in legal research of the new era, and make more process in building a civilized society under the rule of law. We will participate, promote and lead the integration and development of social, economic and cultural across the Straits, so as to endow the rule of law culture with new connotation in the new era. 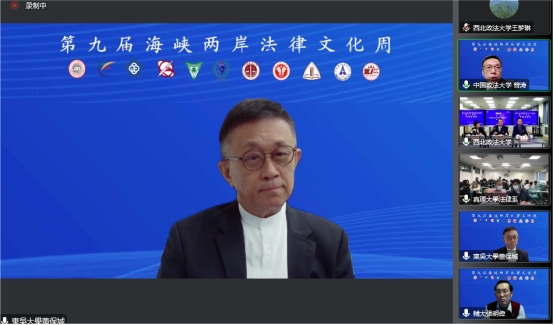 Dong Baocheng, vice president of Soochow University, said that the Cross-Strait Legal Culture Week has accumulated legal culture, practice and education into a trickle of legal exchanges, nourishing the profound friendship between legal colleagues and young students. He hoped that the platform will facilitate the dialogue on the rule of law, so that the practical cooperation between universities will be promoted, and the exchange, integration and development of legal disciplines will also be deepened. 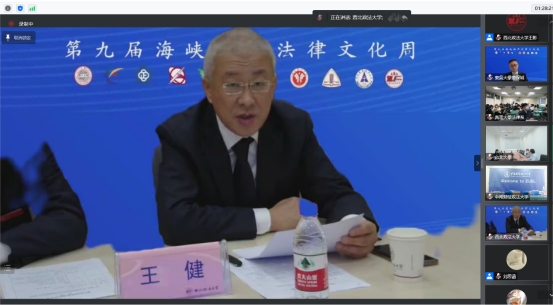 Wang Jian presided over the awarding session. The winning works covered three competitions: themed essay on the Thinking of Law, themed photography on the Significance of Law, and themed micro video on the Journey of Law. Students with over 200 works interpreted the connotation of the legal spirit, demonstrating the brilliance of the belief in the rule of law. 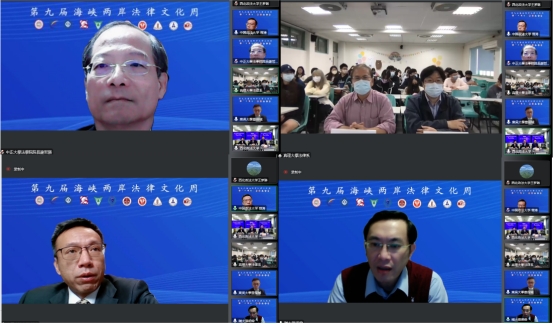 Xie Zhesheng, Head of the Department of Law of Chung Cheng University, Lin Chongfu, Dean of the School of Finance and Economics and Head of the Department of Law of Aletheia University, Zeng Tao, Deputy Director of the Hong Kong, Macao and Taiwan Education Center of China University of Political Science and Law, Zhang Mingwei, Deputy Dean of the School of Law of Fu Jen Catholic University said that the activities met the concerns of cross-strait legal education and the needs of building the country ruled by law, enriched the exchange of cross-strait legal education. They suggested young students cherish opportunities to jointly explore the Chinese culture and tradition of rule of law, accumulate solid legal literacy, therefore realize a wonderful life in legal profession.

During the video exchange session, recorded by legal history experts in our university, Li Qirui, Yan Xiaojun, and Chen Xi, a video exhibition themed Shaanxi: the Birthplace of Chinese Legal Culture was held. The song and dance Together for a Shared Future performed by 11 universities, won a strong response and resonance from teachers and students on both sides.

After the opening ceremony, the forum themed The Law Ensures the World and Leads People’s Life was held. The forum was chaired by Ni Nan, Dean of the School of Economic Law. Eight teachers and students made keynote speeches on the topics of etiquette and law, the world significance of Chinese traditional legal culture, and the importance of legal construction. As academic exchange activities of the Cross-Strait Legal Culture Week, the Fifth Cross-Strait Academic Seminar on Legal Accounting and Financial Auditing and a number of academic lectures by legal experts from both sides were also held.